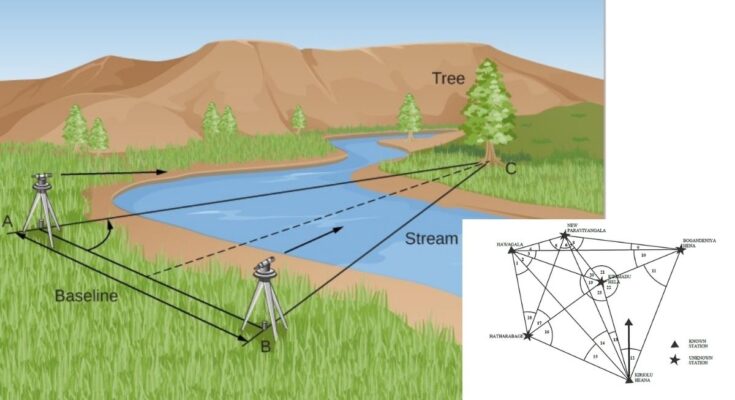 In surveying, triangulation is the process of determining the location of a point by measuring only angles to it from known points at either end of a fixed baseline, rather than measuring distances to the point directly as in trilateration. The point can then be fixed as the third point of a triangle with one known side and two known angles.

By applying trigonometry and the measured length of just one side, the other distances in the triangle are measured. The shape of the triangles is very crucial as there may be several errors in a long skinny triangle, but one having base angles of about 45 degrees is perfect.

As needed, it is performed frequently to develop a chain of triangles which connect the origin point to the Survey Control in the required place.

The angles and distances are then applied with the preliminary identified position, and complicated formulae, to calculate the position (Latitude and Longitude) of all other points in the triangulation network.

The calculated distance in the first triangle is called as the ‘Baseline’ and is the only distance measured; all the rest are computed from it and the measured angles.

The process is very simple to compute the area of right angle triangle, but in case the triangle is not right angle, the process becomes complicated. In the tutorial, given below, you will learn how to simplify this complicated process with the use of some formulas.

The process can be followed in surveying calculation.

To begin with, you have to calculate the coefficient of triangle “S”.

S = ½ x (a+b+c), here a,b,c represent three sides of the triangle. AB as first side, BC as second side and CA as third side. AB is represented as A, BC represented as B and CA represented as C. Their values are given as follow :- 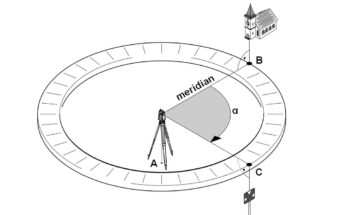 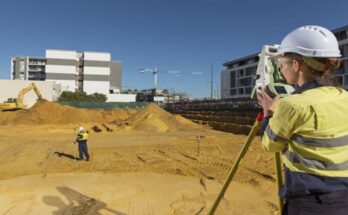 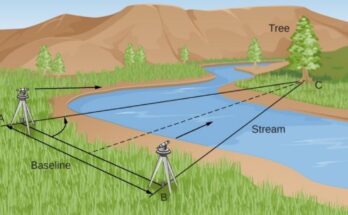