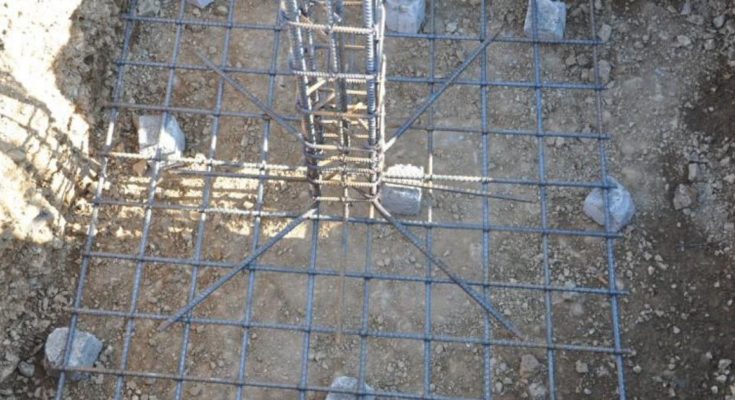 Placement of Rebar in Footings

Placement of reinforcement in footing requires activities such as checking for concrete cover, location, reinforcement tying and supports etc.

The minimum cover for cast-in-place concrete is specified by the ACI 318 Building Code.

For concrete exposed to weather or earth (such as basement walls)

For concrete not exposed to weather or in contact with the ground:

It is a general rule that reinforcements should be placed at the tension side at the bottom of the footing. In a square footing, rebars are placed uniformly in both directions. ACI code requires that the rebars be placed not more than 18 inch apart.

Placing of rebars in footing has a big effect on the load carrying capacity of the footing. Any improper placement can cause serious structural failures. For example – lowering the top bars or raising the bottom bars by ½ inch more than that specified in a 6-inch-deep slab could reduce its load-carrying capacity by 20%.

Reinforcement in the footing cannot be placed in the soil or hard ground as it is susceptible to corrosion. Even placing of rebars above the layer of fresh concrete and then pouring more concrete is also not acceptable as the position of the rebar may change while poring of concrete.

Bar supports are used to hold the reinforcing bars in place to attain the proper depth of cover.

For proper placing, rebar supports are used which comes in many sizes and of different materials such as steel wire, precast concrete, or plastic.

Chairs and supports are available in various heights to support specific reinforcing bar sizes and positions.

Though the tie steel does not contribute to the strength of the reinforcement, it is used to secure and prevent the rebars from displacement during construction activities and concrete placement.

To tie the rebars, tie wire is used which is typically 16½– or 16-gauge black, soft, annealed wire, although heavier reinforcement may require 15- or 14-gauge wire to hold the proper position of the rebar.

Tying of all intersection is not needed, every fourth or fifth is normally sufficient. Care must be taken to keep the ends of tie wire are away from the surface of the concrete where they could rust.

When tying bars, there is no need to tie every intersection – every fourth or fifth is normally sufficient. Be sure to keep the ends of the tie wires away from the surface of the concrete where they could rust.

Detail A: “Snap Tie” is the simplest and is usually used for rebar in a flat horizontal position.

Detail B: “Wrap and Snap Tie” is normally used when tying vertical wall reinforcement to hold the bars securely into place.

Detail C: “Saddle Tie” is more complicated than snap ties or wrap and snap ties. They are commonly used for securing ties to column corner bars and stirrups to beam corner bars.

Detail D: “Wrap and Saddle Tie” ) is similar to the saddle tie except that the wire is wrapped 1-1/2 times around the first bar, then completed like Detail C.

Detail E: “Figure Eight Tie” can be used on walls in lieu of the saddle or wrap and snap ties. This type of tie is used to secure heavy mats. 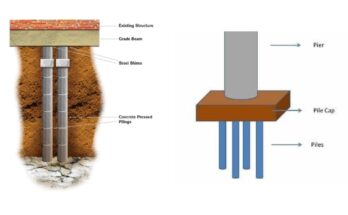 Difference Between Pile and Pier Foundation 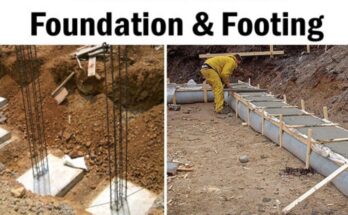 Difference Between Foundation and Footing

2 Comments on “Placement of Rebar in Footings”