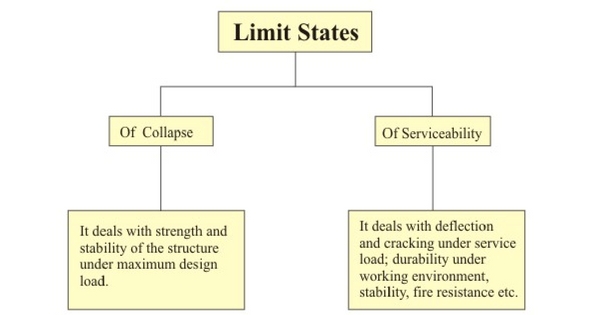 A structure is of no use if it is not serviceable. Thus this limit state is introduced to prevent excessive deflection and cracking. It ensures the satisfactory performance of the structure at working loads. It is estimated on the basis of elastic theory or working stress method because deformation is of significance under working load and not at collapse. Limit state of serviceability of following limit stales: