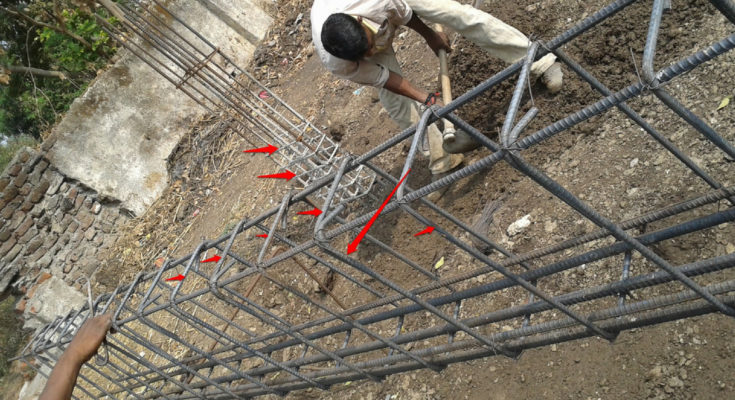 Rolling margin is percentage of deviation in Sectional weight of Reinforcement steel allowable as per IS codes. Reinforcement steel is extruded from a mould which is made for a particular size e.g. 8mm Dia. When the mould is brand new, the sectional weight of 8mm steel extruded through mould would exact as per IS standard of lower than that .i.e. 0.395kg per Metre or lessor.

Mould gets little bigger after certain period of time or after certain quantity of production is taken from a particular mould. Now same 8mm dia bars extruded from the same mould will have more weight per Metre say 0.400Kg per Metre instead of 0.395 as per IS. That is more mass per Metre/Length is required for same length.

This deviation in weight is defined in IS code-1786 for different dia which is as under:-

Rolling Margin is calculated as under:-

Rolling margin is the difference between the theoretical and actual weight of steel. This is because of the die which is used for casting of rebars. Over a period of time the shape of die changes and as a result the diameter of the steel bar also changes which results in difference in unit weight of steel.

The size of the die is kept small and as a result rolling margin is negative in the initial stage of production, there after it is more of less close to theoretical weight and then the size of die increases which results in rolling margin on positive side.

If you purchase steel from same supplier over a period of time the rolling margin would be adjusted and you are not at a loss.

4 Comments on “Calculation of Rolling Margin for Reinforced Steel”